11.Pain (feat. Future) – Another banger. No I.D. n Kanye did they thing on the beat. I aint a fan of Future in no shape or form tho… but its a whole lotta yall that fuck wit son. Personally I woulda rather heard a whole lot of anything else on the hook. I woulda settled for dolphin mating calls or the sound of a garage door openin n closin but thats jus my own personal preferences. I aint mad at the rest of the track tho. Push came thru on the bars n the beat knocks. Shit is aight. 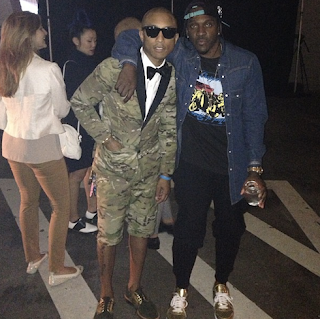 12. S.N.I.T.C.H. (feat. Pharrell) – This shit kinda cold yo. The subject matter is some self explanatory shit thats ALWAYS relevant…

Pharrell playin the snitch on this track n sings the hook as a response for his devious ways n shit. Its some real shit. Ya peoples thats closest to you aint always gon be ya peoples once they loyalty put to the test nahmean. Its niggas out there who might gon roll on you to get outta a traffic ticket yo. Shit is mad real in the field… Its niggas out chea that might dime you out to avoid a fine for throwin some trash on the street. Either way this a perfect way to wrap up the album. I coulda used a little less autotune personally… like maybe none. But I still fucks wit it.

So thats that… The best way I can describe this album is like this yo…When Pusha focused n he puttin that ether in the mix n he REALLY really cookin up that base we get shit like King Push n Suicide n Nostalgia n 40 Acres etc..the shit that leave half ya body numb…the dopamine jus be takin over ey’thing at that point namsayin… Like he comin wit that mad belligerent shit that makes niggas who was born in the late 90s get wild confused like YO…WHY THIS TRACK AINT GOT NO MELODIES B?… like THAT to me is whats poppin yo. When he start cuttin wit the baking soda n you aint gettin that pure like on No Regrets.. or he got other less potent niggas all in the mix leavin they impurities behind like 2 Chainz n Big Sean…its a whole different product yo. When Terrence starts playin by the rules…that shit aint givin you the same fix namsayin. Thats a whole different sensation at the end of the day yo. Like if it was more Nosetalgia n Suicide type joints on this muthafucka it coulda been another Hell Hath No Fury. One of the main isssues I had wit this shit was its way too many damn features on this shit for a 12 track album. If I had my way it woulda been a whole album wit jus Pharrell n Nottz beats n the nigga Pusha spittin dolo wit like 2 features on the whole album. Aint actually no garbage on this shit tho son…which is rare. Its jus some different potency levels n whatever whatever. The shit I DO fucks wit I fucks wit HEAVY tho…so that shit gotta count for sumn namsayin. Its summa the realest shit of the last 10 years on this muthafucka. But what yall wanna kno basically is…is My Name Is My Name the album of the year to me? …n my answer is yeah…..so far. 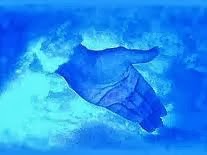 @hexhatesall Sometimes I like to picture you sitting in a canoe without a paddle going over a 10,000 ft waterfall

@ArianFoster 😂 Forgot I wrote that.. Science bless you, king

RT @MCHammer His dignity unsurpassed.The embodiment of Black Excellence before the term was conceived.He took the arrows,knives and venom of hatred and racism in stride without missing a step.Breaking records but never broken.King of baseball’s kingdom sans a crown. 👑 pic.twitter.com/5JcrByQ6wA

@ChazzBruh They only root for the winning teams

@kevonturner @DSickMusic @NameIsMavi @CLIENTELLE123 @nfr_podcast Listening to the mix on this new Machine joint n he literally just said “Water was too hot, made that mayo jar in that pot break / Fucked up a quarter brick, man that shit had me irate / Big Ghost, fuck it.. sample the noise my fork n pot make...” as I was reading this tweet

RT @hexhatesall YES!!! Back to our regularly scheduled covert racism, as it should be. 🇺🇲🖕🏾🍊